Animated Regional Anatomy Of The Forehead And Glabella 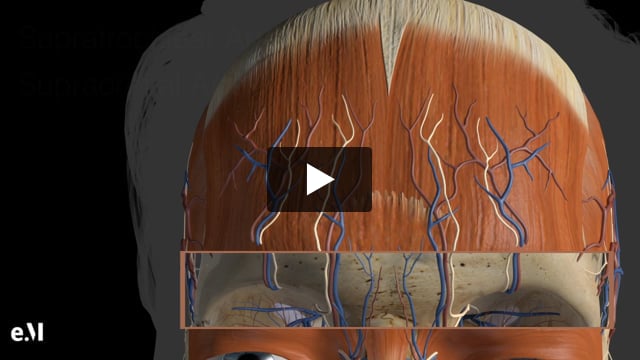 The main muscles within the forehead are the frontalis, procerus, corrugators, and orbicularis oculi. In addition, we have the galea aponeurotica, a fibrous sheet of connective tissue that forms the middle layer of the scalp. As we begin to consider the muscles within this region, it is important to understand their origins, insertions, and actions. The procerus arises centrally from the lower nasal bones, and then inserts into the fibres of the frontalis located in the lower forehead. When it contracts, it pulls the heads of the eyebrows down. The paired corrugator supercilii muscles originate from the superciliary arch then insert into the skin of the dermis. When these contract, the heads of the eyebrows are brought both down and in. Contraction of the lateral and vertical fibres of the orbicularis oculi cause the tail of the brow to be pulled down. The frontalis is the only muscle in the forehead that can elevate the brow. It is bilateral and originates from the galea aponeurotica over the skull, then inserts into the fibres of the orbicularis oculi, corrugator, and procerus muscles.

We will now turn our attention to the important blood vessels and nerves in this region. The two main blood vessels are the supratrochlear artery and the supraorbital artery. The medialmost crease of the brow, formed by the head of the corrugator, is a reliable surface marker for the supratrochlear artery. The supraorbital artery is found more laterally and emerges through the supraorbital notch. Both of these arteries begin deep within the bony skull and become superficial after passing through the frontalis muscle. The main nerve we need to be aware of is the supraorbital nerve. On the image, you can see the deep and superficial course of the nerve highlighted. The deep branch runs across the forehead above the brow and ascends vertically approximately 1 cm medial to the temporal crest. We should also be aware that there are fat pads present within this area. Studies have shown that there are three superficial and three deep fat pads, as seen on screen. The fat pads are compartmentalised due to the presence of septi between them.

The forehead can be treated with botulinum toxin or dermal filler in the following situations. Injection of botulinum toxin is used to treat dynamic lines caused by muscle expression. In contrast, dermal filler is used when patients want to retain expression while treating volume loss, or if they wish to enhance or augment concavity. It can also be used when there are residual rhytids post-neuromodulation. When we use botulinum toxin to treat glabellar frown lines, we are targeting the procerus and corrugator muscles. On the image, we can see the injection sites for these muscles.

We will now look at how to locate the injection points on the glabella. First, draw a line from the medial canthus of each eye diagonally towards the heads of each brow. You should do the first injection where these two lines intersect. Next, draw lines vertically upwards from each medial canthus to the head of the brow. This will identify the points where we inject the head of corrugator. Finally, the injection points for the tail of corrugator are found medial to the mid-pupillary line and 1 cm above the orbital rim. We need to make sure we inject the botulinum toxin into the procerus muscle at a deep level. During injection into the head of the corrugator, we must ensure the orbital rim is protected. Finally, we inject botulinum toxin into the tail of the corrugator at a superficial level and from the side. This is to prevent the toxin tracking down to the levator palpebrae muscle and causing a lid ptosis. When we target the frontalis with botulinum toxin to treat horizontal forehead lines the pattern is more variable. This will depend on the width and height of the forehead. Injections should be placed more than 1.5 cm above the orbital rim. The lateral extent will be the temporal crests as it is very rare to find muscle beyond this area. In men, we tend to inject in a horizontal line, but in female patients we may adopt a ‘V’ pattern to preserve brow shape. Over treating the central part may lead to excessive frontalis activity laterally, resulting in unnatural elevation of the tail of the brow, known as mephisto.

When we treat the forehead with dermal filler, we mark our injection 1.5 cm above the orbital rim and inject at a deep level. This is to avoid the supratrochlear and supraorbital arteries that start initially at a deep level and then become more superficial as they cross through the fibres of the frontalis muscle. When we treat the glabella region with dermal filler we can either inject intradermally or, for deeper injections, we use a cannula to minimise risk of damage to the blood vessels. 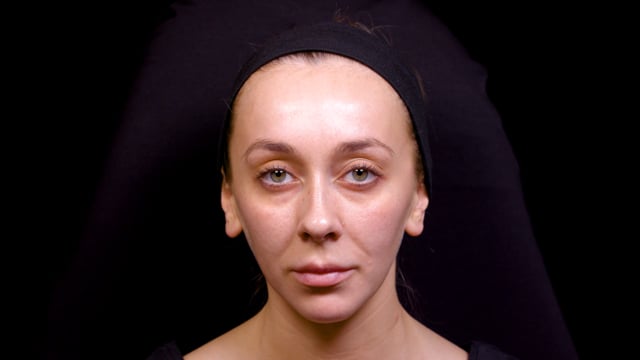 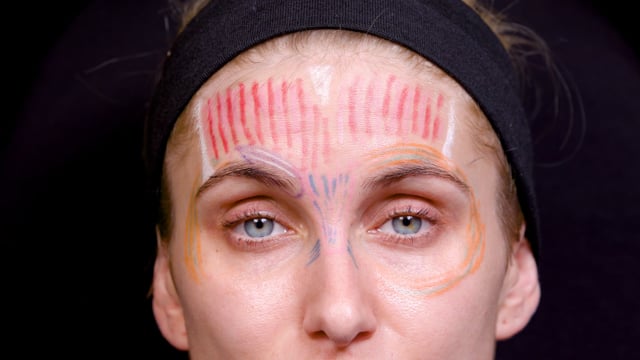 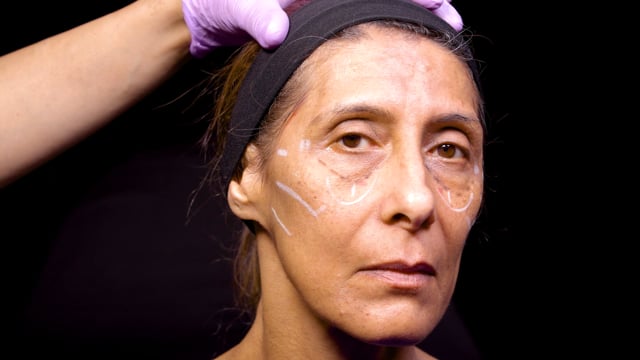