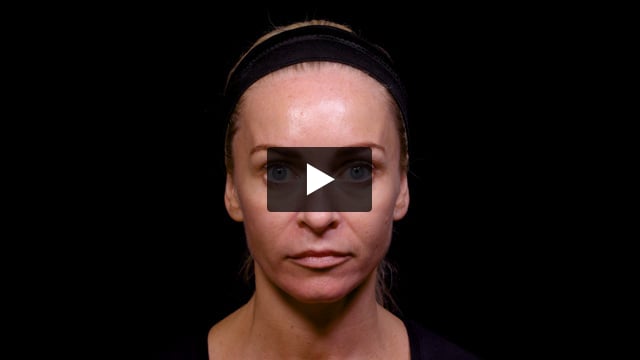 I have Gill here with me now, and she has told me that ideally she would like to have some treatment to her nose. She feels that her nose is too wide and consequently she is interested in any treatment that might give her an apparent thinning. I’ve already mentioned to Gill that when we treat the nose, we do get better outcomes when we treat something like a dorsal hump or any treatment higher up on the dorsum. However, when we look at the nose, we can see that there is a disparity between the width at the tip and the thinness at the dorsum. Accordingly, if we treat her along the dorsum and project and elevate the tissue, it may give her a thinner appearance. The second issue Gill has is the nasolabial folds, and she has found that over the last few months and years, these are getting worse. If I turn her to the side, what we can see is that these folds really represent a degree of sagging from the midface. Consequently, she has a little bit of volume loss just superior to the fold, and any procedure that would lift the skin in the midface along the cheekbone would improve the appearance of this fold. The strategy to treat Gill would be first to target the cheekbone and give her a lateral cheek lift, then if she still had any fold we could treat this directly.

Let’s look at the strategy to treat Gill’s cheek. From this oblique view, you will notice that her cheek is very flat, and ideally she would look much better if we had a greater projection in this anterolateral view, what we refer to as an OG curve. If we look at these markings, taught to me by Dr Arthur Swift, we take a line from the lateral canthus down to the oral commissure, from the oral commissure to the lower tragus, and then the upper tragus to the lateral canthus, we form a triangle. An ellipse drawn within this triangle will hold most of the projection of the cheek. We then take a line from the lateral orbital rim and transect that with a line from the upper tragus to the upper alar. The intersection of these lines will be the apex of that cheek. This really represents the point of beautification, or the point of maximum light reflection, and I have drawn this on both sides. Consequently, we can see that filler injected in this region will give us attractive projection. It will also have the effect of lifting the cheek in this vicinity and improving the nasolabial fold.

We’re going to augment Gill’s cheekbone using Juvederm Voluma and a needle technique. I insert the needle and then aspirate to ensure that I am not within a vessel, and after aspiration, I will then proceed to inject a bolus of product deep onto the periosteum. My target here is the lateral portion of the suborbicularis oculi fat, also known as SOOF. We don’t want to be superficial in this region, otherwise the product will move with animation when Gill is smiling. I deposit a bolus of 0.2 ml, and then with a wet swab I would give gentle massage and a moulding. Again, I don’t want to over massage because the projection I have created with the product is important in giving our lift. I will then inject a second bolus of product just posterior to the first one, just to give us a better transition along the zygomatic arch, and I will mould this product as well. I now proceed to treat Gill on her right area using the same technique. I retract the skin, insert the syringe, and then aspirate. Once I see a bubble in the hub of the syringe, I proceed to inject a bolus of product. It’s important to do this slowly so you can appreciate the response in the tissue. It’s also more comfortable for the patient. Remember, as on the left side, the depth here is deep onto the periosteum. After injecting the first bolus and giving a little gentle mould, I will move slightly posterior and repeat the injection, again aspirating and then injecting. The total amount in the first injection was 0.2 ml, followed by 0.1 ml in the second injection. I then give a little gentle massage and finish with a third injection as she is slightly flatter on her right side than her left side, and this is a bolus of 0.05 ml.

I have delineated the nasolabial folds in the white line, and I will begin by treating in the alar fossa. I have some Juvederm Volift, and I start lateral to the fold, ensuring that I am at a deep level, onto the piriform fossa, then I aspirate. This is a particular danger zone due to the vicinity to the facial artery in this region. Therefore, the only two depths that you can inject here are deep onto bone or intradermal. The facial artery typically runs lateral to the nasolabial fold at a depth of approximately 1 cm. I’m slowly injecting a bolus onto the piriform fossa of 0.2 ml, and you can actually see the alar fossa lift as it is filling up, compared to the untreated side. There is still some fold present, and we will treat this with a combination of techniques. I begin by inserting my needle at the lower pole of the nasolabial fold and I will inject a linear thread of product before fanning around and injecting a second linear thread of the Volift. Finally, I will go in at the most inferior part of the fold with a single linear thread of Volift. We can see in this view that she has already improved considerably compared to the untreated side. We now repeat the same treatment strategy on her left, namely to start laterally and inject the Volift deep onto the piriform fossa. As mentioned before, aspiration here is absolutely mandatory because of the vascular risk. We will inject the 0.2 ml bolus, and it’s worth warning patients that they will experience some numbness of the lip due to the Lidocaine in the product working on the infraorbital nerve. After injecting the bolus in the upper pole, I proceed to treat the rest of the fold with a fanning in the upper aspect, and then I follow this up with a linear thread in the most inferior part of the nasolabial fold. 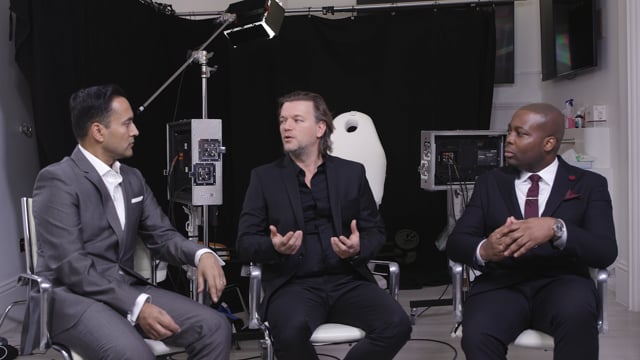 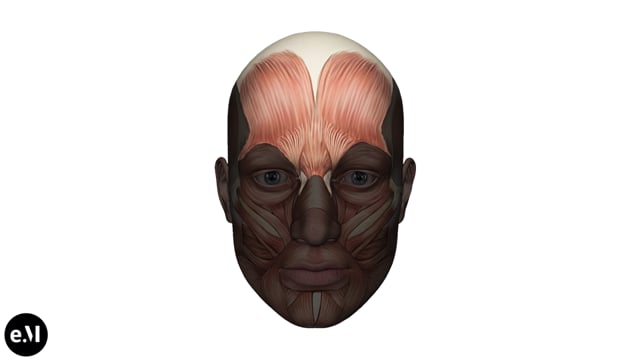 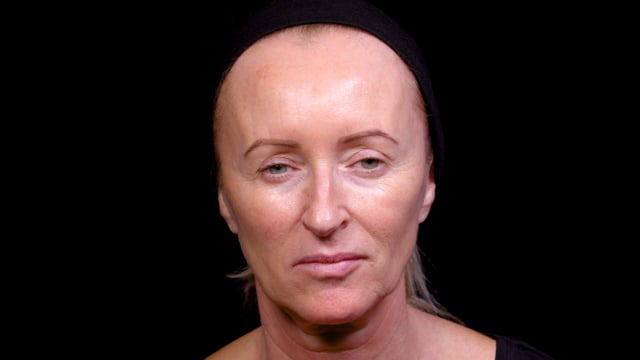